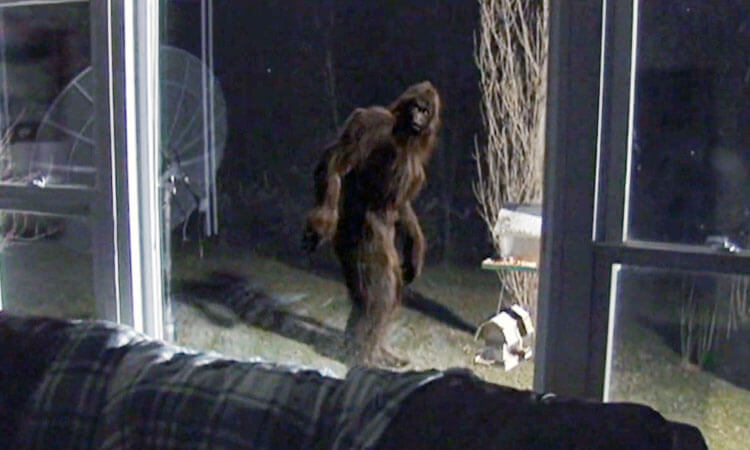 In June of this year, I emailed famed West Coast psychic Nancy Bradley after reading a very interesting account of a Bigfoot encounter that she had as a girl while vacationing at her family’s summer cabin in Lake Owassa, NJ. For those of you who are unfamiliar with New Jersey or whose only familiarity with the Garden State is driving past the reeking factories along the northern stretch of the NJ Turnpike while passing through, you might be surprised to know that much of the fifth smallest state (and most highly populated per square mile) contains many miles of woodland and farms. The densely forested Pinelands in South Jersey actually covers about 1.1 million acres.

My family and I happen to live in the more populated and congested area of northeastern New Jersey, about 20 miles outside of New York City, but western NJ as you near Pennsylvania is another very rural and wooded part of the state, and this is where Ms. Bradley’s tale takes place. If you’d like to read her original article, here’s the link: www.trueghosttales.com/paranormal/bigfoot-of-lake-owassa-new-jersey). In my email to Ms. Bradley, I told her that I enjoyed her article very much and that my wife, Debbie, had a strange experience while in that part of the state a couple of years ago. Here is Debbie’s story as I recounted it to Ms. Bradley:

We live in the northeastern part of the state, not far from NYC. I’m a website designer and my wife, Debbie, teaches special education. Each June she accompanies her seventh-grade class for a 3-day outing at Stokes State Forest, which is in Sussex County and pretty close to Lake Owassa. Well, one night one of the students staying in the same cabin as Debbie had a severe asthma attack. The girl’s parents didn’t bother to notify the school about her condition and neglected to pack her inhaler, so my wife ran out of the cabin at about 3 AM and proceeded to cross the compound to the infirmary where the nurse slept. As she ran toward the nurse’s station she heard an awful yowling/screeching noise. It was high-pitched and very loud, and unlike anything that she’d ever heard before. It frightened her greatly. She did what she had to do, however, and alerted the nurse about the young girl’s condition and an ambulance was called (the girl recovered, fortunately).

The horrible screeching and yowling continued for several minutes after Debbie arrived at the nurse’s station, and when a NJ State Trooper arrived alongside the ambulance, my wife described the horrible sounds that she just heard and asked the officer if he’d heard them or if anyone had reported them. He looked at her and in a very serious tone said, “there have been a lot of Bigfoot reports in the area over the last few nights”. After my wife told me this, I began doing some research and found a surprisingly large number of Bigfoot reports in New Jersey.

I had always associated Bigfoot sightings with the Pacific Northwest and certainly wouldn’t have thought there would be any similar reports in such a highly populated state as ours but apparently, people in the more rural northwestern part of New Jersey are familiar with these sightings. In this part of New Jersey, the sightings are frequent enough to have garnered the big furry fellow a nick-name of “Big Red Eye“.  This is because witnesses often describe the creature as having glowing red eyes (not sure if this is specific to New Jersey sightings, as I don’t recall hearing about this trait having been reported elsewhere).

In the course of my research I also came across a couple of websites that had audio recordings of what was thought to be Bigfoot vocalizations, and when I played them for Debbie she remarked that  that was exactly what it sounded like. Recently, the Discovery Channel aired the excellent “Sasquatch: Legend Meets Science” and at one point they played an audio recording that was supposedly from a Sasquatch, and again my wife said that what she’d heard sounded just like that.

I just thought I’d share that experience, even though it wasn’t exactly firsthand. My wife is very level-headed and not much of a believer in anything paranormal or out of the ordinary, so I was impressed by the fact that she was so shaken by this and that she would even entertain the idea that it could have been Bigfoot.

Ms. Bradley was kind enough to respond to my email and even went so far as to invite my wife and me to explore the area around Lake Owassa with her and her husband when they visit New Jersey next year. Obviously, I said “yes” to that immediately, but my wife’s response when I told her of Nancy’s offer was predictable: “No way”, she said. Debbie does not share my interest in the unexplained and was sufficiently shaken by the experience that she has no desire to seek out whatever it was that was source of those unearthly screams. I’ll post an article after I explore the area around Lake Owassa with Nancy and her husband, and let you know if there was anything interesting to be found.

If you live in New Jersey and have had a Bigfoot encounter, I’d love to hear about it.

An unfortunate aside: I looked up Nancy Bradley at the time of reposting this article and saw that she passed away in 2015. May God rest her soul.

218 thoughts on “Bigfoot in New Jersey”