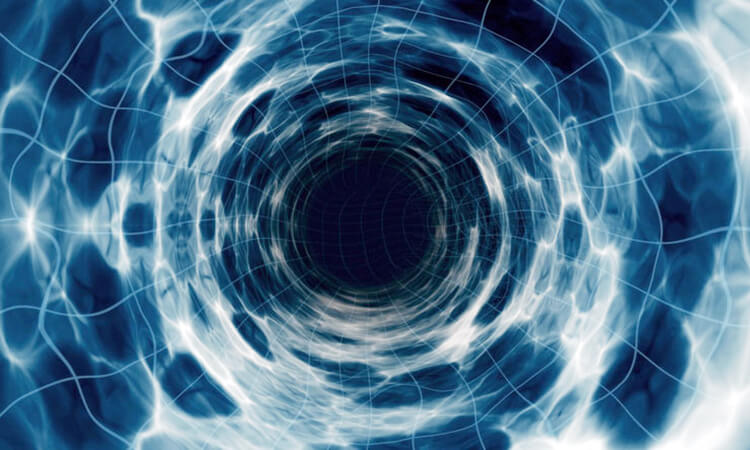 I’d like to relate a personal experience that I had when I was an adolescent in the hope that others might be willing to come forward and share any similar experiences that they may have had.

I’ve titled this article “A Missing Time Experience?” – with a question mark, you’ll notice – because it does not necessarily fit the “typical” missing time scenario of which we hear. It did not happen late at night on a darkened rural road; there was no UFO sighting involved (that I recall). It occurred in the afternoon, on a sunny day, on a relatively busy street in a bustling suburban town in northeastern New Jersey. In fact, I’m not entirely sure that there even was a period of missing time. Yet, it was strange in the extreme and something that I contemplate regularly to this day, more than thirty years later.

The time of year was late winter or early spring – around March or April, I believe, of 1978. I was in junior high school, seventh grade, and thirteen years of age. It was a weekday at about 3:00 PM and school had just let out. I left the junior high school, which is located next to a hospital in my home town of Ridgewood, NJ. Ridgewood is located about 20 miles from New York City, in Bergen County, a very populated area of the state. I walked, as I did most days, home from the junior high (now a middle school). My parent’s home was located about 1.5 miles from the school along a very direct route. Most of the walk was on the street on which the school was located, followed by a left and a quick right toward the very end of the walk. So, I’d normally just walk out the front door of the school, take a left, and proceed straight for about 1.4 miles, the last 0.10 of a mile being that left and the right, at which point I was at our house.

That was the route that I would normally take, however, I had a run-in with a group of boys that bullied me on a regular basis, so rather than taking a left out the front door of the school and proceeding due south for that 1.4 miles, I’d go left and then take another left at the very first traffic after leaving the school. I’d then walk to the next street over and take a right onto that street, again walking due south. It wasn’t much of a departure from my normal route, as the street ran parallel to the one I’d usually take to get home. I’d been doing that for at least a couple of months in an effort to avoid walking past the homes of the boys who were bullying me. Therefore, I’m confident of the the fact that there was no way I would have become lost or confused of my whereabouts.

However, one day as I began walking home, I noticed that everything seemed strangely quiet, almost muted. The normal noise and bustle associated with the after-school rush of children walking home from school was oddly absent and the quiet was rather eerie. There were still cars and some pedestrians present as I walked down this busy suburban street, but there was an odd, unreal feeling to everything, along with this disturbing muted silence.

The street that I was walking down was called North Pleasant Avenue, and the intersection that I was approaching was at the corner of North Pleasant and Ridgewood Avenue. After crossing Ridgewood Ave, North Pleasant turned to South Pleasant Avenue and I would pass the elementary school that I’d attended the years prior to entering the junior high in September of ’77. At crossing that intersection and approaching the elementary school, I was approximately 0.8 mile from my home. I mention these facts only to continue to emphasize that this was a route and neighborhood in which I was used to traveling.

As I continued south, from N. Pleasant toward S. Pleasant and toward the intersection of Pleasant and Ridgewood Avenues, I saw the traffic light, the same familiar stores at the corner, and the small parking lot in front of the stores. However, these landmarks appeared to be getting further away as I walked closer to them, and still this odd silence persisted. As I continued to walk toward the intersection, these landmarks continued to appear to recede further into the distance as I approached them. I began feeling very disoriented and anxious – and then, nothing; a complete loss of memory. I simply do not remember anything past the point of approaching this intersection and seeing it recede further into the distance as I walked ever nearer to it.

My next memory was of “awakening” – for a lack of a better description – on another street in a different part of town, a fair distance from where I had started from at the junior high school. I remember feeling very shaken and confused and somewhat frightened. What had happened? And how did I end up in this different area, nowhere near where I’d begun walking, and nowhere near where I’d “blacked out”? This is where things get a bit stranger still: within a couple of minutes of “coming to” my mother pulled up in her car, parking along the curb of the street where I was walking. I opened the door and she looked at me with great concern and said “John, are you alright?” Now, normally my mother did not come looking for me if I was a bit late arriving home from school. Remember, this was the late ’70s and parents were decidedly more relaxed about the comings and goings of their children. My mother never picked me up from school unless the weather was very severe or we had some kind of appointment after school, and as long as I was home by dinner my parents didn’t worry or wonder about my whereabouts. If I didn’t come straight home it was assumed that I was at a friend’s house or had some kind of after school activity.

The fact that my mother knew exactly where to find me was surprising, and I asked her how she knew where I was. She replied that she was home, doing chores around the house when a voice in her head said “Get John, he needs you”. She of course asked me what had happened and I told her about the receding intersection, the strange silence, the memory loss, and of waking up to find myself walking in this other part of town. I had no idea what had happened and to this day I still do not, other than a vague memory or feeling of having been told or shown something significant. Who told or showed me what, and where it happened, I cannot recall, although I feel at some point that I will recall the entire incident. I simply feel that this event was significant for a reason that I can’t explain, but it’s meaning will eventually be made clear to me.

Being that this was over thirty years ago, I cannot accurately recall the time that I “awoke” or what time my mother found me. However, I don’t think it was a great amount of time, certainly not more than hour, and probably less than that. Thirty minutes, perhaps? So the time was maybe 3:30 or 3:45 in the afternoon, I’d estimate. It may have been later than that, but not by much, if I recall correctly. I’ve always felt that the strangeness of this incident is compounded by the fact that my mother was somehow involved and “contacted”. If I had simply blacked out or became disoriented and wandered off, I could accept that as being a possibility – although I had no history of seizures or blackouts. But the fact that my mother was told to “Get John, he needs you” makes me believe that there was some outside design and involvement in this, the nature of which I do not know.

This, I should mention, was not the only strange and unexplained incidents that I had as a child (or as an adult). Perhaps I’ll discuss some of the others in future blog posts. Meanwhile, I’d be very interested in hearing from other people who may have experienced similar phenomena.