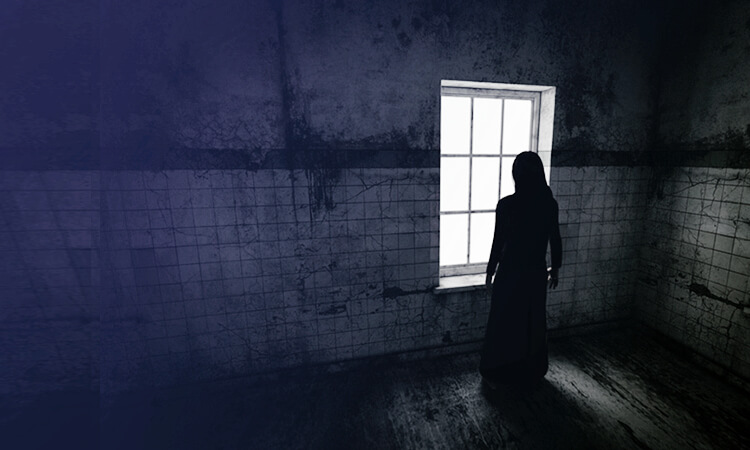 Visitor from the Beyond the Grave

Okay, folks. for my very first post I’m going to tell one of my favorite ghostly tales. I found this particular account especially compelling because it happened to good friend of my parents. Here it goes:

Because of my father’s job (he was a salesman for a large paper company) our family moved several times, starting out in Brooklyn, NY and living at various times through the 50’s, 60’s and 70’s in Baltimore MD, Long Island NY, Wellesley Massachusetts, and New Jersey (where I grew up).

While living in Baltimore from 1952 – 1961, before I was born, my parents had a good friend named Ruth. Ruth had a young daughter of 5 or 6 years old, around my brother’s and sister’s age. One day, Ruth came home from her part-time job to pick up her daughter from school and found that all of her husband’s possessions were missing and his luggage was gone. The poor woman was obviously stunned and very upset, to say the least. She and her husband, Jim, were having some marital problems, but she did not expect him to leave without any notice or even a note. As it turned out, she never saw Jim again. He had packed up and left, and never again attempted to contact his wife or daughter.

Ruth was not only distraught over the sudden dissolution of her marriage, but she was also in a difficult financial predicament. Without Jim’s income, she and her daughter could no longer afford to stay in the comfortable brownstone apartment that had been their home. It was at this time that one of her closest friends, Grace, offered to have Ruth and her daughter move in to her apartment, which was located in the same Baltimore neighborhood in which Ruth and her daughter were living. Grace was single, and her roommate had just moved out, so she had the space for both Ruth and her daughter to move in. Grace was a career woman and made a comfortable living, so she generously told Ruth not to worry about paying her any rent until she was on her feet and had found a better job.

Many years passed, and Ruth and Grace continued to live together. Ruth never did remarry and her daughter grew to adulthood, eventually marrying and moving out of Aunt Grace’s and her mom’s apartment. Now some forty years later, in the mid-1990’s, Grace and Ruth were both about seventy years of age, and Grace’s health was failing. She had cancer and knew that her time was limited. One day, while sitting in their kitchen, drinking tea and chatting, Grace turned suddenly very serious. A devout Catholic and a deeply religious woman, Grace turned to Ruth and said, “Would it be alright if I contacted you after I die?” Ruth was not especially religious and uncomfortable with such topics, and replied with a laugh, “Fine, but make sure it’s not just some little tap on the wall at night. I want to know it’s really you.” Grace then promised her that she would make it clear that it was she who was contacting her from beyond.

The following month, Grace’s health took a turn for the worse and she passed away in the hospital. Naturally, Ruth was deeply saddened at the passing of her closest friend. One afternoon, several days after Grace’s funeral, Ruth sat alone at the kitchen table, sipping some tea and thinking of her friend. As Ruth sat there, something caught her attention: She noticed Grace’s rosary beads, which hung on a nearby wall, begin to swing back-and-forth in a pendulum-like manner – despite the fact that the windows were closed and there was no breeze or draft in the room. She thought it odd, but didn’t become too concerned over it, when she was suddenly seized by an overwhelming feeling, as if someone had taken control of her entire body. Ruth then grabbed a pen and a note pad, and began to scrawl some words across the paper.

Just as quickly as it had happened, the episode passed leaving Ruth very shaken and upset. She immediately called her daughter and attempted to explain what she had just experienced. Concerned for her mother, Ruth’s daughter promised to drive to her apartment right away to check up on her. Ruth then sat down again at the kitchen table to wait for her and try to regain her composure, when she noticed the note pad. She looked at it and saw that she had scrawled a phone number with an area code that she did not recognize. Intuitively, she felt that she had to call that number and somehow “knew” who’s number it was. “Hello”, came a familiar, but long unheard voice. “Is this Jim?”, Ruth asked. “Why yes, it is. Who is this?”, replied the voice. Ruth’s intuition was confirmed: it was Jim, her former husband that she had not seen in over forty years.

Ruth quickly hung up without saying anything further. It was at that moment that she knew that Grace had indeed contacted her from the beyond. When her daughter arrived a few minutes later, Ruth tearfully told her what had happened. Although skeptical, Ruth’s daughter could not help but be intrigued by the strange occurrence that visited her mother, so she decided to consult an acquaintance at work whom she had heard was a psychic. Without giving him too many specifics, she described to the psychic what her mother had experienced, and he agreed to meet with them at Ruth’s apartment. Sensing a “presence”, as he described it, the psychic agreed to return for a full seance.

Ruth, her daughter, the psychic and two other of Ruth’s and Grace’s good friends sat around Ruth’s kitchen table, with the lights dimmed and a few candles burning. The psychic was quiet for some time, but then, speaking quietly with his eyes shut, said “I’m speaking with a woman, and she says her name is ‘Grace’, and she’s laughing. She wants me to ask Ruth if this is better than a tap on the wall…”

This story was related to my mother and father by their good friend Ruth (last name withheld), with whom they’ve kept in touch for over fifty years. A close friend of my parents and a long time federal government employee, Ruth is a good, stable, sane person and I’m therefore quite hesitant to dismiss this story as fiction. Tell me what you think. I would love to hear any similar stories that you might have.