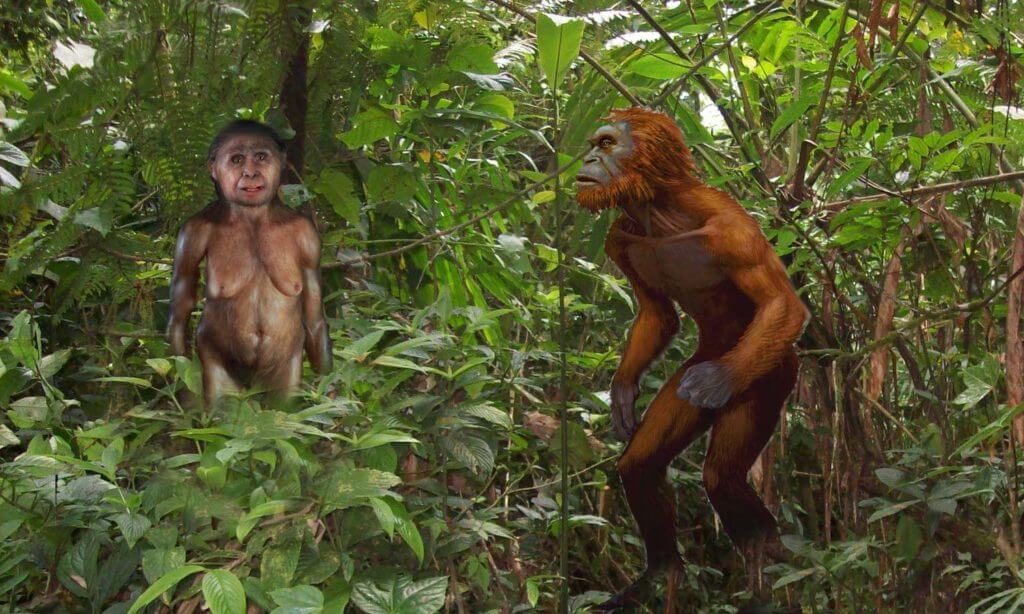 Is it possible that Orang Pendek and Homo Floresiensis are related?

This is certainly not an unreasonable question to ask, especially given some basic and striking facts about the two. Firstly, they both live or lived in the same chain of tropical islands in Indonesia. Secondly, stories about them amongst local people go back for many centuries. Therefore, it is appropriate to consider their possible symbiosis next to broader evolutionary principles.

In his article, ‘Flores, God, and Cryptozoology’, Henry Gee makes the point that up until the 1970s ‘evolutionary thought was couched in terms of a linear progressive trajectory rising from lower forms of life and culminating in man’. Of course, this is not the case, and Gee makes the very good point that ‘human evolution is like a bush, not a ladder’. It is only in our very recent history that Homo Sapiens has found himself alone as the only type of human on the planet.

So, with Flores man existing even by conservative estimates as recently as 18,000 years ago (and highly probably much more recently given the local legends), credible speculation as to parallels between the two do become necessary. However, I want to clearly state that in my opinion, the two creatures are not the same, for a number of pertinent reasons.

Starting with physical descriptions. Homo floresiensis for example, is conjectured to have been somewhat slight in build physically, and to have stood approximately 3 foot six inches tall. The Orang-Pendek , although not large by stature, (approx 5 feet tall and upwards) has an altogether different more robust physical structure.

Eyewitnesses regularly report its muscular development as being on a par with that of apes like the Chimpanzee. For example, the farmer who saw the Orang-Pendek in his barn given in Tim de Friel’s account last year described its ‘huge torso’.  I personally have seen evidence of an Orang-Pendek turning over a log that would have taken two or three men to lift, as it appeared to forage for insects as it moved through the jungle. The print, and subsequent hairs found on two occasions, have been analysed as being from an unknown primate. True, the Orang-Pendek does have a ‘human-like face’ (as does the Gibbon), but there the similarity ends in terms of physiology.

It is also important to consider behavioural aspects when affecting comparisons. Homo floresiensis clearly used fires for cooking, and had stone tools commensurate with those used by Homo sapiens in the Upper Palaeolithic Tradition. There is no evidence that the Orang-Pendek has any ability to make fires, and its tool use seems at best, commensurate with that of a Chimpanzee. Further, as demonstrated by the concentration of finds in the Ling Bua cave, Homo floresiensis was a sociable creature.

The Orang-Pendek, in contrast, seems to be predominantly solitary. Accounts of seeing more than one Orang-Pendek at any one time are very rare. I have no doubt that the Orang-Pendek exists. Indeed, I have gone to some lengths to describe the scientific evidence I have gathered to support that assertion (See Edge Science Magazine, issue 7 ‘A New Primate Species in Sumatra’).

It is quite clear though that Homo floresiensis and the Orang-Pendek are two very different creatures. One sadly extinct, and one which may be very close to extinction. I will continue to do my best to prevent this!

14 thoughts on “Could Homo Floresiensis and Orang Pendek be Related?”