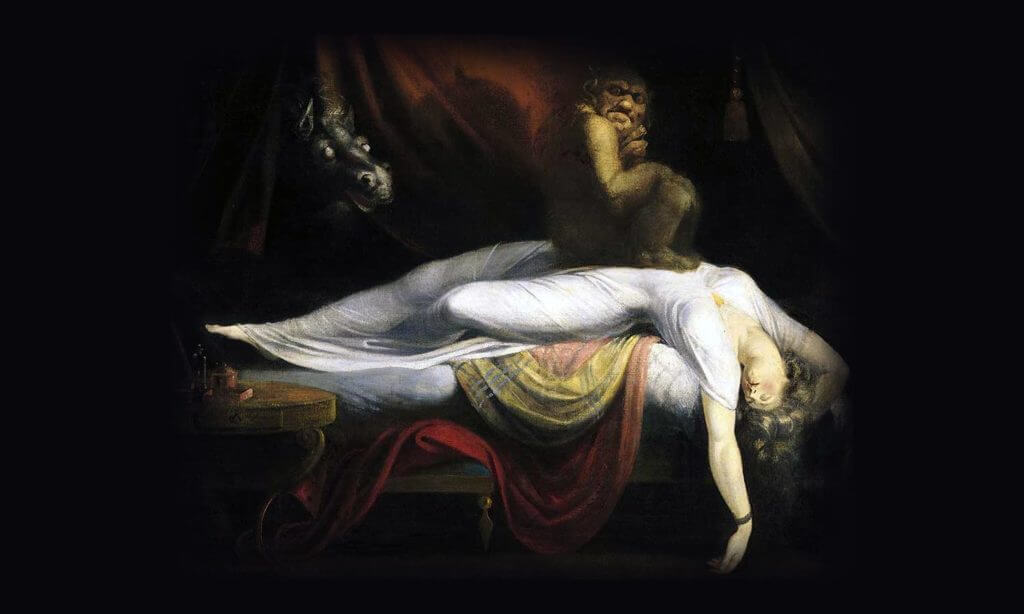 I’ve been reluctant to share the following story. Although I created this blog about the paranormal, it’s been easier to be the objective outsider than to write about one’s own experiences. And like many with tales of bizarre experiences, the thought of being labeled a crackpot, nutcase, or liar is disconcerting.

However, in the interest of laying everything out on the table to my readers — many of whom have been kind enough to have shared their own weird experiences with me — I’m going to relate the story of my early childhood experiences. It’s my belief that these experiences are at the heart of my lifelong interest in the paranormal and tales of high strangeness. So, here it is:

I was born on Long Island, New York, where my family lived from 1961 to 1968. My father was a salesman for a large paper company, and Long Island was one of the many places my family lived due to the periodic transfers that my father’s employer required of him. Prior to Long Island, my family lived in Baltimore, MD, and Brooklyn, NY (both my parents were born and raised in Brooklyn).

On my fourth birthday, August 27, 1968, our family moved out of our Long Island home in Baldwin, NY and relocated to Wellesley, Massachusetts where we resided for almost five years before finally settling in Ridgewood, New Jersey.

When we moved to the house in Massachusetts my sister was in high school and my brother just entering his freshman year at Boston College. Being that I was only four years old and the youngest by far, I was given the smallest bedroom, which was located on the second floor, as were the other three bedrooms. It was in fact a very small room, with the bed actually taking about half its width. However, the room had a relatively large walk-in closet with a window at the back of it. The closet was almost as big as the bedroom itself, and I recall that I’d often play on the floor inside of it. It was out of that closet which the nightmarish figures of my childhood issued.

Shortly after moving into the house in Wellesley, I began to have startlingly vivid and absolutely terrifying “dreams” — if dreams they were, for they were as real as any memory I’ve ever had in my life. These dreams always followed a similar scenario: at some point during the middle of the night I’d awaken to find several small figures walking through my closet and into my room. At first sight of these beings my horror was so intense that I simply could not move. My mouth would move wordlessly as I tried to scream, but no sound would escape my throat.

These creatures would proceed to gather around at the side of my bed and peer intensely at me, often reaching out and touching me lightly as if they were giving me some kind of examination. I don’t recall the examination as being invasive or painful, only terrifying. They would often touch my head and face as well, communicating with me without words. What they were saying to me I cannot recall, only that I was terrified.

The beings would either gather around me as I lay in bed and then depart (or I’d lose consciousness and have no further memory), or at other times when they put their hands on me, I would rise off of my covers and float from my bed. Walking beside me and continuing to lay their hands lightly on my body, they would float me along into the large, walk-in closet and through the window at the back end. As I passed through the window to the outside of the house (remember, I was on the second floor) I’d have the sensation of floating and I’d feel the wind and the night air around me. At this point in the experience, my memory would always fail.

It was also around this time that I recall getting up in the middle of the night and walking to the bathroom in our upstairs hallway that was near the top of the stairs. After coming out of the bathroom and returning to my bedroom, I bumped straight into one the creatures and saw a look of surprise on his face, as if I’d startled him as much as he did to me. He quickly skirted around me and disappeared down the stairs. The clarity of this experience was so powerful that for years I insisted to my parents that it had actually happened.

The details of the entities physical appearance were always somewhat vague to me, although certain impressions remained clear and consistent each time. One physical attribute that stood out was their height. They were short, not more than my height at a the age of four or five years old, and stockily built with thick necks — if they even had necks. I had the impression that they were physically powerful, despite their stature.

The other prominent feature was their eyes. I recall their eyes seeming to be like those of animals, in that they glittered in the dark and were reflective and shiny. They also were either dark-skinned or covered in dark fur or hair, although I generally felt that it was the latter. And while I had the impression that these beings were very intelligent, I always sensed an “animal-like” quality about them. They also had squat noses, almost more like apelike nares. In retrospect, they were perhaps a bit like the creature sitting atop the sleeping maiden in John Henry Fuseli’s The Nightmare (shown at the top of this page). Although the beasts that haunted my nightmares were darker, blacker, and just different than the furry, gnome-ish entity in Fuseli’s painting.

These episodes happened frequently, at least several times every month from the ages of four to seven. After the age of seven they occurred less often, but continued until we moved out of Massachusetts in July of 1973, about six weeks before my ninth birthday. Some time after moving from Massachusetts to New Jersey, I had another of these nighttime visitations (or nightmares, if you prefer), about a six months or a year later at around the age of nine-and-half or ten. The experience was very similar, and interestingly, my bedroom also contained a closet with a window at the back of it. The entities came forth from this closet, just as they had done at our home in Wellesley, MA. That was the final visitation that I can recollect, and the message I believe they were conveying to me was “we can find you anywhere”. No other incident that I’d call strange or paranormal happened to me until my missing time episode several years later in 1978 when I was in my early teens.

I fully realize that most people will point out that “night terrors” and sleep paralysis are common among both children and adults, and that is probably what I’d experienced. I myself am not discounting this possibility, and I’m not suggesting anything as exotic as alien abduction. To the contrary, the creatures that visited me were distinctly unlike reports of the typical gray alien beings that are usually described in association with alien abduction phenomena. I suppose I’ll have to chalk this up to simply one more of my strange, unresolved childhood experiences. Yet, despite the fact that many years have passed, to this day I recall the absolute naked terror and clarity of these nightmares. If nightmares they were.